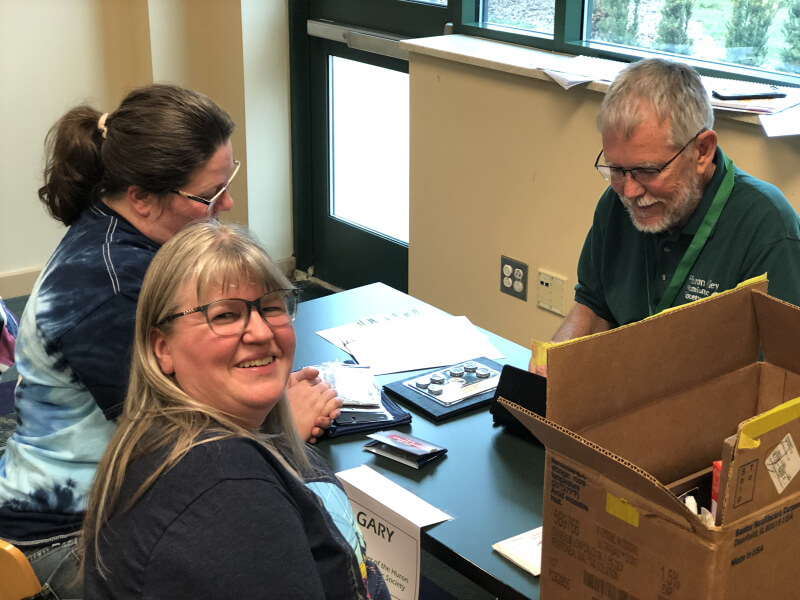 The Huron Valley Numismatic Society of Highland, MI conducted a free Appraisal Night at the public library in Milford, MI as part of its National Coin Week activities. The event was well publicized in the library's newsletter, local newspapers and on Facebook groups. Sixty-five people brought items to be appraised at the two-and-a-half-hour event, and the 11 club member appraisers saw some nice items, such as: American colonial coins, U.S. and world gold coins, a complete set of XF Indian Head cents, and a BU 1921 Canadian Quarter. They also saw a lot of common foreign coins and banknotes as well as plenty of well-worn U.S. silver coins with interesting family stories behind them. 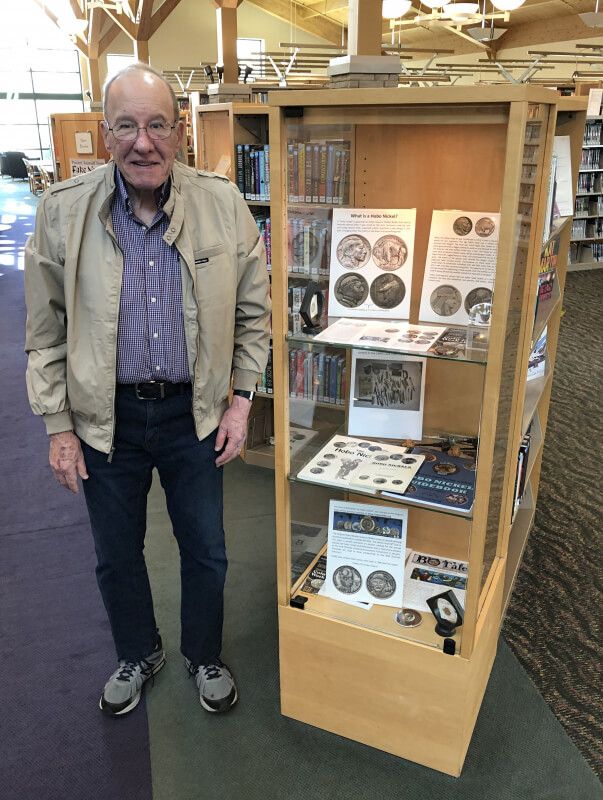 The Huron Valley Numismatic Society of Highland, MI put a National Coin Week display in the public library in Milford, Michigan. The display featured Hobo Nickels as well as information about them and carving tools and was put together by member Ralph Winter who is the editor of Bo Tales, the monthly journal of the Original Hobo Nickel Society.