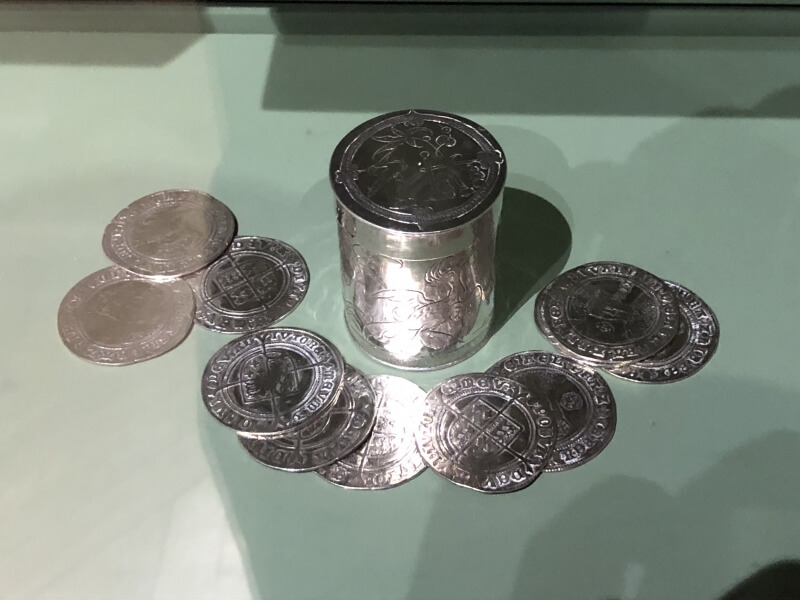 On a visit to the Huntington Library today to view the conservation work being done on Gainsborough's The Blue Boy, I discovered a small exhibit I don't remember seeing before. The silver cylinder is called a Counter Box, and normally held silver disks with the likenesses of the king and queen. It is thought the disks were used in games of chance. According to the exhibit, it is highly unusual to find one containing silver coins. The coins were minted in the 16th century during the reign of Edward VI (1537 - 1553) of England.