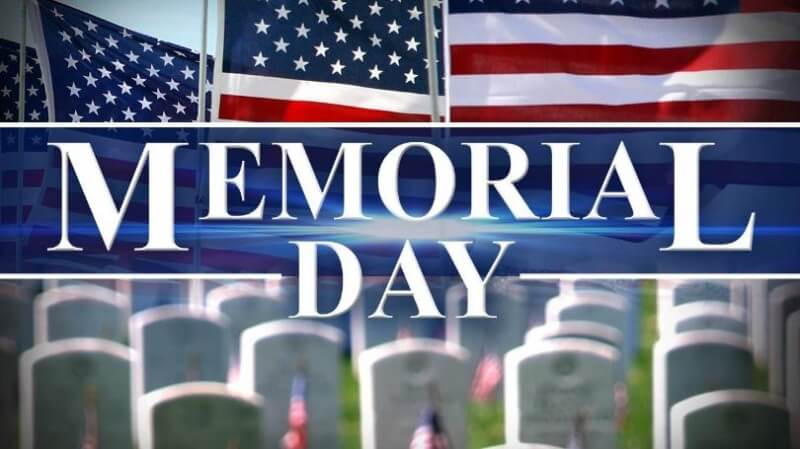 Through the manufacturing of various coins, the U.S. Mint has paid tribute to our fallen U.S service men and women in different ways throughout its 225-year history. The modern commemorative coin program is one of the ways the Mint helps to memorialize Americans lost during wars or conflicts.

The idea to pay tribute to fallen service members came from small towns in America, beginning in the mid-1860s. On May 5, 1866, Waterloo, N.Y., held a community event, closing businesses so the residents could adorn the graves of the fallen with flowers and decorations. Decoration Day, which began on May 30, 1868, was originally a day to honor those who perished during the Civil War.

However, after World War I, it honored those Americans who died in all wars. This day of commemoration gradually became known as Memorial Day. In 1971, it was declared as the last Monday in May, where it still resides. Since 2000, a National Moment of Remembrance occurs at 3 p.m. each Memorial Day.

U.S. war memorials are a popular gathering place around the end of May, and serve as the locations where many Memorial Day ceremonies are held. Visitors come from all around the world to pay tribute to those who made the ultimate sacrifice.

In the early 1990s, the U.S. Mint offered two commemorative coin programs that helped sustain efforts in support of military memorials associated with specific wars where a total of nearly 95,000 U.S. service members lost their lives:

While not in support of a particular war memorial, in 1995, the Civil War Battlefield Preservation Commemorative Coin Program helped support the preservation of historically significant Civil War battlefields, where approximately 620,000 Americans lost their lives.

Fast forward to 2018 the U.S. Mint has released the WWl Centennial Commemortative Coins to honor the historic 100 years since America's involment in "The Great War". These commemoratives are being sold by themselves and alongside Navy, Army, Marine, and Airforce Silver medals.

Thank you for this post to remember and celebrate our fallen heroes! So many - too many - sacrifices made by them to help make this world and our country a better place! I am reminded of the few times I've been fortunate enough to pay respects at Arlington National Cemetery - I almost wish we could require all Americans to have to visit that place at least once in their lives, but I suppose I can only regulate with my own patriotism; it can be a very personal thing. I'm not sure why you didn't mention the newest Mint commemorative to honor our soldiers - the World War I Centennial silver dollars, and the accompanying medals. I only wish the Mint had sold the medals with an option that included the MS (not proof version of the WWI silver dollar; looks a lot better as an UNC than a proof, imho.) Thanks again for your post! I owe my life to the US Army since before I was born - Ike and our guys helped liberate my grandparents from Dachau concentration camp, and especially since I was born in an Army hospital! -Sam Gelberd, ANA Numismatic Educator.

Because the mint Numinerd9 still doesn't know what there doing no beating around the bush. If they don't forget this they forget that. I will never forgive them for FORGETTING to put stars on our flag.

The new commemoratives totally slipped my mind when writing this blog, but I will update the blog with them! Thanks for pointing that out. I’m thankful that your grandparents were liberated from Dachua, considering how few people were inprisoned in that camp, a significant portion of them were killed. Thanks for taking the time to read my blog!

Thanks for writing this. Being married to a veteran I know that most don't understand the true meaning of Memorial Day. We don't look at is a day for celebration but rather a day for remembrance.

Unfortunately many Americans don’t even know what Memorial Day is all about anymore. Also I want to thank your spouse for serving this amazing country!🇺🇸

Great blog. Thank you for reminding us of the meaning and history of this solemn day. Very well done!

Thanks for the kind words, glad you enjoyed the blog!

Thank you for this meaningful blog on Memorial Day. Nicely done.

You’re welcome! Thank you for taking the time to read it!

Thank you for a wonderful blog honoring Memorial Day and all our our nations men and women who are our fallen hero's. God Bless America

God Bless America indeed! And thank you for taking the time to read my blog! Glad you enjoyed it

Nice blog! It is nice to be reminded of what Memorial Day is all about.

Indeed it is. Glad you enjoyed the blog!

Great blog. I'm glad you wrote it this year. I did series on our service men. Yours is very good. Lost two dear friends saw them walk onto the ship and com home in a box. But it doesn't stop there the family's and friends also suffer always. Thanks for the blog. I only wish everyone would remember like football players. Thanks again .Mike.

Sorry to hear about that Mike! I too have had friends who payed the ultimate sacrifice. Stay strong bro! And glad you enjoyed the blog