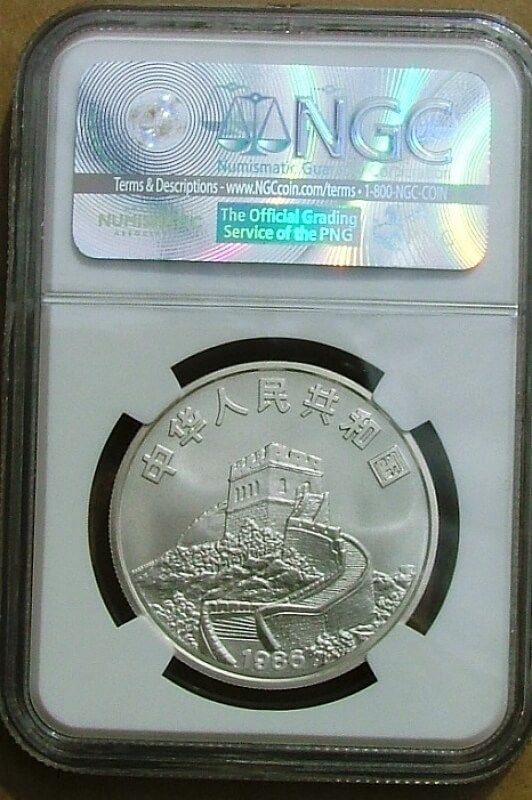 One of my favorite modern world coins. Minted by 1986 to commemorate the 200th anniversary of the first American sailing vessel to travel to China. I really like the Great Wall of China on the reverse.

Empress of China, also known as Chinese Queen, was a three-masted, square-rigged sailing ship of 360 tons, initially built in 1783 for service as a privateer. After the Treaty of Paris brought a formal end to the American Revolutionary War, the vessel was refitted for commercial purposes. She became the first American ship to sail from the newly independent United States to China, opening what is known today as the Old China Trade and transporting the first official representative of the American government to Canton.

The first American merchant vessel to enter Chinese waters left New York harbor on Washington's birthday, February 22, 1784. The Empress returned to New York on May 11, 1785 after a round voyage of 14 months and 24 days. The success of the voyage encouraged others to invest in further trading with China.

Beautiful coin. I have seen very nice coinage from there some quite expensive.

That is awesome. I love the coin and its represented history.