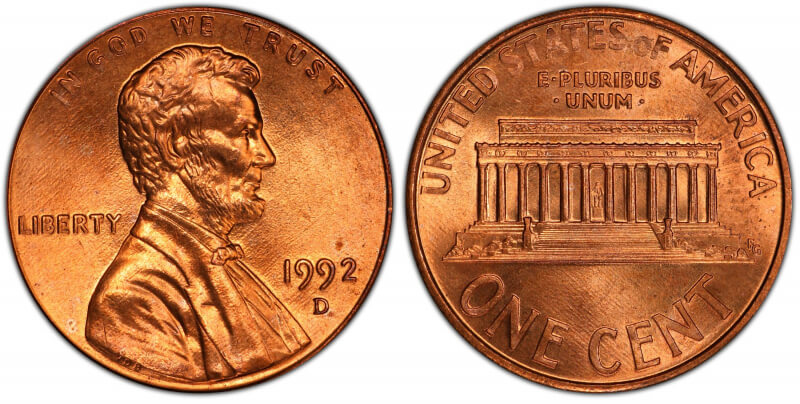 With time being a precious commodity as of late, the subject of this weeks discussion came about from two sources.  The first arose while scrolling the pages of the Heritage website looking for potential new purchases. This lead to the second, thoughts of the numerous posts on the coin forums asking for information on a particular close/wide AM Lincoln Cent, of which there are several known dates. More often than not, these questions are posed by new collectors not quite familiar with this highly sought after variety. So for those unfamiliar with the correct diagnostics, this short blog should explain things.   Enjoy!

To begin, and this will most likely cause the majority of those reading to start looking feverishly through the hundreds of cents tossed in drawers, in the center console or where ever the compulsion arose to toss them aside might be. More so, rushing to the bank for boxes of rolls.  Why? As I began, we return to the Heritage auction house where a recent sold price brought $25,350 for one example. The 1992 P PCGS MS67 RD is one of a mere 18 total, in brown, red brown and full red combined.

The 1992 D image of a what a Close AM looks like is courtesy of PCGS, while the diagnostic image was sourced from Lincoln Cents Online. The following is a list of the known dates which exhibit both wide and close varieties. Being as there are literally billions of Lincoln Cents struck over each year, it goes without saying that others may quite exist and are yet discovered.

Excellent info and pics, like mike I have some cent rolls marked small date, large date, some wide, some close, from the 60s and 70s. They were sealed the year of minting and I've never opened them, they were a gift from an old friend. When he gave them to me he said "keep em for 40 or 50 years, then they will be worth something", it might be time to open those rolls. Nice and informative blog.

Perfect LB, makes it real easy to identify the different types. Thanks for compiling all this info, I am going to start looking.

When I first found out about that variety, I was running around the house checking them for it lol. Great blog!

I never really gave it much thought, even though I've known about them for years. But when things slow down and if we're still not over this whole quarantine thing I'll go though the few dozen coffee cans stored in a closet.

I already knew about this, I already look for these, and I have found a 2000 Wide AM, but thanks for the blog because it seems not everyone else has heard of them.

Great blog! I didn't know this. Thanks for the information. ; )

I never looked for the initials spacing. Hmmm. I have a no initials I had slabbed. NOW it is not considered an error. Grease. I say it is and so does my ANACS slab.

Very interesting and informative. Thanks for the info and for increasing my knowledge. Stay Safe, Mr. B

I have a whole roll of 1960's without Frank Gasparro initials on it.. They said it's not worth anything . But as time goes on these red coins will be worth something. I have cents where the initials clash. And the AM varities. All in the 1960's and other dates.. Thank you for another informative blog!! I always enjoy them.

Cha-ching! A potential gold mine you're sitting on, Mike. Price are climbing for the higher grades.

Very informative! Stuff I didn't and need to know! Thanks!

Here we go! Pulling out my cents right now! Thanks!

Off to treasure hunt. Thanks for the information. Hope to find some good varietys.