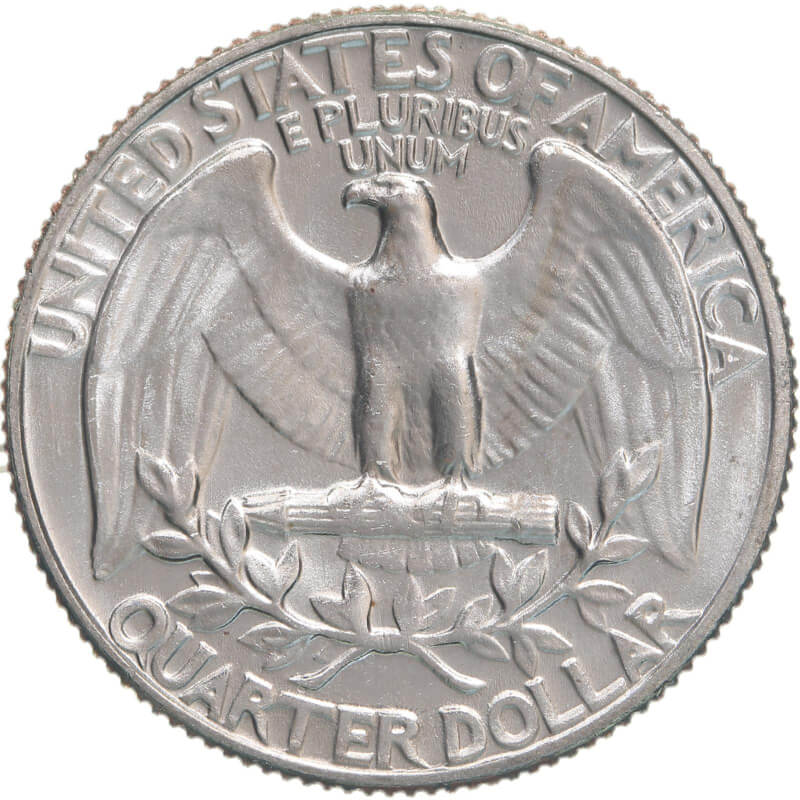 The subject of the week arose be happenstance from that of last week on the Lincoln Cent. Had the circumstance which occurred that brought about Abraham Lincoln to be forever immortalized on a United States coin, would the one cent still be as highly collected? This lead to another question, which was pondered several times between 1792 and 1909, what if George Washington were placed upon the one cent?  While the popularity factor would almost certainly exist, to what end?  Reflecting on these questions and what ifs, I began comparing the similarities of these two great and revered former Presidents and the two denominations which they have found their way onto. The Washington Quarter.                Enjoy!

Just as Lincoln was originally added to a U.S. coin as a commemorative thought, so also was George Washington in 1932.  Still in the midst of the Great Depression, no quarter dollars had been struck since 1930 as there was little need for the denomination in a devastated economy.  However, the need for it was increasing by mid-1931, and the Standing Liberty design may very well have continued had it not been the forthcoming 200th Anniversary of Washington's birth in the following year.  Once again, the idea began as a commemorative idea only.  Much of the same reluctance and hesitation that existed prior to the cent's design change carried over to the quarters change.  And just like Lincoln, the addition of Washington  to the quarter was a tremendous success when they were released to the public. While not as popular as the Lincoln Cent, the Washington Quarter had a strong collecting base as the years passed.  Value of the denomination was most likely the key factor for this collectibility gap.  This all changed in 1965.

So back to the questions in the opening. Clad coinage. Why did a change in composition all but stop collecting of the popular Washington Quarter?  Again, looking at a comparison, the Lincoln Cent also saw a composition change in 1982 from 95% copper to 99.2% zinc. While hardly noticeable based on the sheer number of Lincoln Cent collectors, there exists a small percentage of those who stopped collecting these after 1982.  This becomes the central factor when looking at why collectors shun the Washington. Granted, copper-nickel does not have the look and feel of silver. The same could be said of the transitional year of the cent.  With this aside, and back on the subject, Washington is the more popular of the two Presidents yet largely over looked after 1964.  To be certain, the buying power of a quarter dollar is much greater than a cent, or so it was. Now that it no longer goes as far as it once had, why have things not changed? Or have they?

Doing the research on Washington Quarters things become a bit more obvious. Designed to last for many years, far longer than softer silver, the manner in which they wear weighs heavy on the lack of appeal. To be honest, even a worn silver Washington is more appealing than a clad version.  However, looking at both NGC and PCGS, the survival figures in grades above MS66 seem non-existent in several following the composition change. Despite being struck in far greater numbers.  While many would argue that striking a much harder metal is the reason, I would counter that collectbility is the greater reason. Meaning, if few collected these, fewer would be submitted. Is it possible to still find, say a 1974, in uncirculated condition not yet graded? While extremely difficult outside of the mint sets, yes.  But in a grade of MS66 or higher?  Only a hand full exist in MS68 between the top two third party graders, most being in the MS64/65 range. For all 33 years!

Discovering these anomalies, a check of the recent auction prices shows that the clad Washington Quarter has finally begun to receive the recognition it once had with it's former silver version. A 2014 Heritage auction saw a "common" 1972d  hammer for $3055.  A more recent Great Collections auction saw  spirited bidding on a 1992d graded PCGS MS68 closing at $6,019.  While examples of these are most likely by registry set builders, the values seen on EBAY show similar increases, only far less in closing price, over recent years. Collectors seem to be gravitating towards the Washington once more.  1998 was the last year in which an eagle graced the reverse of a Untied States circulating coin which is seen by hundreds of millions of Americans. With this design slowly and inevitably disappearing from circulation, perhaps that is a contributing factor.  What ever the reasoning, perhaps we need to consider collecting clad Washington's.  The author has been for many years.

Enjoyed your blog! Interesting subject and comments. I tend to agree with Longstriders thoughts. ; )

Really enjoyed the blog. Thanks

For a variety of reasons, I have largely ignored clad Washington quarters. That was until the dime, quarter, and half-dollar became available in annual silver proof sets. Another reason is the mintage of clad coinage compared to silver coinage. Clad coins typically have higher mintages. It wasn't the subjects of the coins that I liked or didn't like but other factors. The exception to the rule in my circumstance is the Lincoln cent. As a young child, this is the coin I handled most. It was the logical starting point for most people coming into the hobby. Then there was the Whitman folder that I kept up well into the '70s and my late teenage years. As for high-grade clad coins are concerned, a lot of the value of these quarters is artificially inflated by third-party graders and registry sets. Without third-party graders, you wouldn't see these quarters trading for thousands of dollars. That said, I own a clad 1984-P Washington quarter in MS-67. It is an attractive coin with lots of eye appeal. Why the 1984 quarter, you ask, and not other years? It's simple, 1984 is the birth year of my daughter.

While reading your essay one can discover many aspects that sometimes get ignored, background of Presidents and historical value of samples at hand. Beautiful coins and nice dates. Eminence of Lincoln and Washington, it will be recognized forever.

As always I enjoyed the read. A great BLOG. There is a cent far far away from us. Its on the Mars rover. A 1909 V.D.B.. They even made a spot for it.. I think the quarters were vert underrated.. They were made of silver. Even as they went on the America The Beautiful quarters were made of silver. They had a clad a proof P&D and a silver Proof. The Star quarters brought many new people Ingo the hobby. The A.T.B only added to it. I'm glad there now getting the recognition they always deserved.

Food for thought LB. For my part I tend to put all our circulating "silver" coins into two categories, actual silver, and faux silver. To me, the post 64 dimes, quarters, and halves lose their special quality when they no longer have real intrinsic value. I make the same distinction with my Canadian coins, nothing really collected after 1967. I also tend to look at Lincoln Cents in a similar way, the cents after 1958 are no way as appealing as the original 50 years. Maybe I am in the minority, hopefully younger collectors don't have my mindset. Having said all that, I have actively collected circulated versions of the Statehood, Territorial, and ATB quarters and will likely do the same with the upcoming set of quarters honoring prominent women.

A very nice blog. I will be giving this more thought. Personally I was never drawn into collecting the quarter. Not counting birth years and such. That being said I have no desire to collect clad coins. No idea why. Just love the look of silver. Another personal failing I suppose. Thanks.