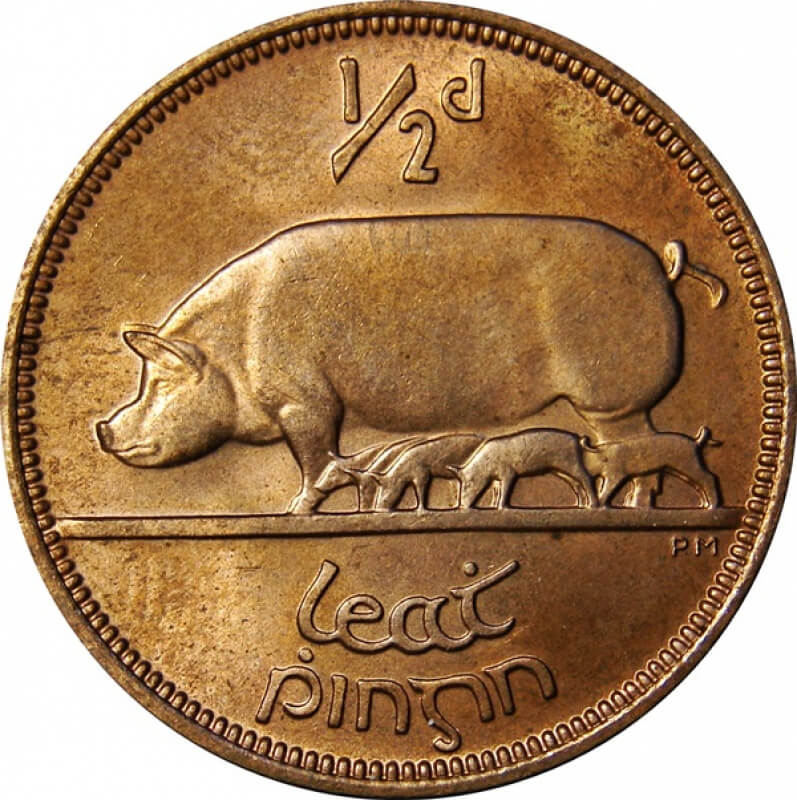 As collectors, namely those without unlimited funds,  rare coins are often all but a dream.  While the very word has and always will be debatable as to an exact meaning, the subject of the week deals with ways in which as average collectors may find a rare coin or two.  Yet not any of those such as the 1909 S VDB Lincoln Cent or the 1916 D Mercury Dime.  Rather coins with a mintage or known survivor figure of under 500. To be clear, extremely low availability for far less than one would expect. And surprisingly very affordable to the collector without deep pockets.  Impossible you say? Then perhaps an expansion of the horizon is in order.                                                                  Enjoy!

Coin collecting as we in the United States have come to perceive it varies drastically beyond the borders.  We begin by filling folders, albums or 2x2 flips housed in three-ring binders with Lincoln Cents intent on completing the task by date and mint mark. Along the way, other denominations draw our attentions and the process repeats. As the years progress we further refine our collections seeking out perfection, ungrading or starting a second set, all the while content at the vast number of coins available to keep us busy. And with the United States Mint producing numerous offerings annually with endless options for each  the choices seem limitless as we seek that empty spot left due to "rarity". For some that may include a low grade hole filler in need of an update one day.  So what does any of that have to do with a rare coin? Everything. The majority of collectors world-wide  are living in the United States. As such, perhaps content on only collecting those coins and an occasional from another country.  Not to be misunderstood or a collecting preference, to find a true rarity requires an examination of a much larger picture. No matter the number of specimens struck, the numbers remaining or the condition the one constant fact will always be that of those collecting.

In reference to the date, we'll look at the pre-decimal coinage of Ireland as one example of where to find a rare coin. With Ireland becoming a free state in 1916, a currency of it's own was in order. In 1928 the newly independent nation issued eight coins in denominations from the farthing to half-crown.  Created by Percy Metcalfe and struck at the Royal Mint, Tower Hill location, London, these coins circulated along side the English coinage in Ireland and Northern Ireland. All share the same Irish harp and date obverse while each denomination bears a different animal, bird or fish. Those struck from 1928 to 1937 are considered the Free-State series while those from 1939 to the final in 1969 pre-decimal. All of which are shown in order of value below.  While there are several "key" dates, we'll look at two extreme rarities for comparison.

32,000 florin and 4,200 half-crowns comprised of 75% silver were struck in 1943.  These figures alone are far below any U.S. circulating coin dating into the 1800's making them rare indeed.  However, like the United States, with  metals  a high commodity for the war effort raging across Europe, these were reclaimed soon after striking to be remelted.  Of these, an estimated 500 half-crowns survive, while a measly 35 of the florin have turned up. With those known one would expect them to fetch figures in the hundreds of thousands if not more. But again, number of collectors not number of coins. The most recent auction found for the florin was a Heritage sale in April of 2014.  One graded NGC F-12 realized $9,500 with a pre-auction estimate of $5000-$6000.Putting that in perspective,  one of the twenty or so known 1933 Saint-Gauden Double Eagles sold for 7.6 million and is currently headed to auction.Again, the collector- not the coin- sets rarity.  The author owns several rare coins based on reality at a much lower out of pocket cost comparative to the perceived.  Although not that 1943 mentioned as of yet, easily within reach when it turns up. Albeit on a credit card!

So if it's a rare coin you seek, one that only a few hundred people could own,  look beyond the horizon. Stay safe and keep the to-rah-lo-rah-loin'  to a minimum!

Excellent blog, I also have some of the above mentioned/photographed coins, thanks for the great background information!

Thank you for the tribute to Irish culture! It holds a special place in the hearts of me and my family.

Neat way at looking at rarity across the world. Love the photos.

Beautiful coins! There are many things to consider when putting a value on a coin. Really great blog! ; )

Nice perspective. I usually don't consider what someone else considers are when I buy a coin. Of course sometimes the price gives me a clue. Thanks.

Coins do not need to be rare to enjoy them/

There are certain US coins that are scarce and fall off the radar screen in terms of demand. For instance, I own an 1876 20-cent piece in XF condition that is pretty affordable. The mintage is just south of 15,000 and, according to PCGS coin facts, has an estimated survival rate of 3000 across all grades. Comparatively, you will pay more than twice what you pay for an XF 1876 20-cent piece on an XF 1909-S VDB Lincoln cent with an estimated survival rate across all grades of 50,000. As you point out, it is all about collector demand.

Ireland became the Catholic Irish Republic in 1916. The protestant North wanted to tag along, but then the Royal Army (boo, hiss) entered and caused the troubles, which would result in slaughters, hunger strikes, and bombs until a settlement in 1998. These coins are more than rare coins. They symbolize the struggle of the Irish people to become free of British rule.

Rarity and demand do conflict sometimes. If enough people collect a coin it can become quite collectible. I have a coupe so called dollars with low populations, but a very reasonable price to acquire. The Isabella quarter is interesting. With a mintage of only 24,100 and with so many showing up cleaned and with problems you would think they would be hard to find, but they can be found for reasonable prices. Don't let mintage numbers get in the way. Some coins are a lot rarer than the mintage suggests. Nice post and blog. thanks

Fascinating.... Thanks for the education of some of the coins I own. I have hundreds of coins from various countries that I have not studied on..... I'll never be bored!

Right you are, there are so many factors that go into the value of the coin and the number of coins minted or remaining is just one. You also have to look at series demand, grade, and intended purpose. A NCLT coin with a mintage of 1000 is probably not considered rare or particularly valuable while a 09S VDB with a mintage 45 times higher is considered rare.