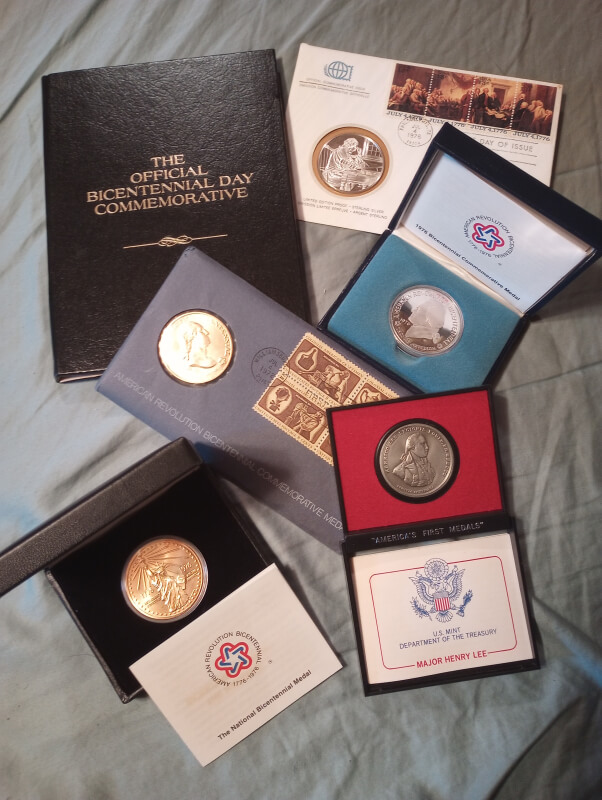 We hold these truths to be self evident, that all men are created equal, endowed by their Creator with certain unalienable Rights, that among these are Life, Liberty and the pursuit of Happiness.          Enjoy!

Before proceeding with this week's blog topic, a long used and taught misconception about this important date must be addressed. July Fourth is NOT America's birthday.  Nor is it Independence Day, rather a statement to the fact, the signing of a declaration of such sent to the King of England, King George III.  The actual birthday of the United States of America would not come until September the third, 1783 with the Crown officially recognizing our true Independence with Treaty of Paris. Sadly, very few know this and far less celebrate in.

Another misconception  to the Declaration of Independence and the conflict occurring before and after pertains to those involved.  While it is true that the vast majority of those who fought and died were ordinary people loyal to the cause,  the fifty-six who signed the Declaration,  were men of wealth who stood to lose their personal fortunes. Despite this, their beliefs and ideals as to being self governed seem to supersede self interest based upon the written words within that most cherished of documents. However, knowing and understanding this, one could wonder what was truly in their minds when examining the building of a nation. It's political, financial and economical structures. Much of which had been discussed prior to July 4, 1776.  In spite of all this, and their true motives, many colonial citizens would sacrifice equally for different reasons.  Those very words, Life, Liberty and the pursuit of Happiness. Words we ourselves must never take for granted.

Wishing you all the best on this Declaration Day.  Stay the course no matter what's going on today or in the future.

Several of my Bicentennial commemoratives in the various finishes and offerings from 1972 to 1976. I have to wonder what's coming in 2026.

One heck of a date in history.

Thank you for an important blog. Nice coins too!

We are a lucky country to have so many freedoms. Today is a holiday to truly remember how many died so we could have that freedom. Good blog.

Now this is an interesting blog. I learned for you. Cool. Thanks. Great sets you have.

Always more history to learn. Iâ€™ll take Independence Day as it is, because signing the Declaration meant treason, and punishable by death. So, the statement marks the moment, whether GB chose to recognize or not. That being said visit GB on July 4th, itâ€™s called Treason Day, and is rather amusing. I enjoyed it, and had the opportunity while I was in the Navy. Bicentennial pieces look great LB. The variety of pieces made to celebrate our 200th birthday was, and still is, quite intriguing. I too am looking forward to what numismatic products will be produced for 2026. According to the mint, a complete redesign of coinage is scheduled for the 250th celebration.

Very valid point. One I failed to see to this point. Thank you for that.

Thanks and the same to you. Many Americans gave there lives so we could be here today. Thank you for the information and research. As a student of history I was aware of the dates were others are not. The medals from 1975 are impressive. I was lucky to pick one up. We forget it was regular members of the 13 colonies businessmen farmers just people with a resolve to be free. Beat the mighty empire on the face of the earth. Thanks for your blog . As always I enjoy your writing and knowledge!.