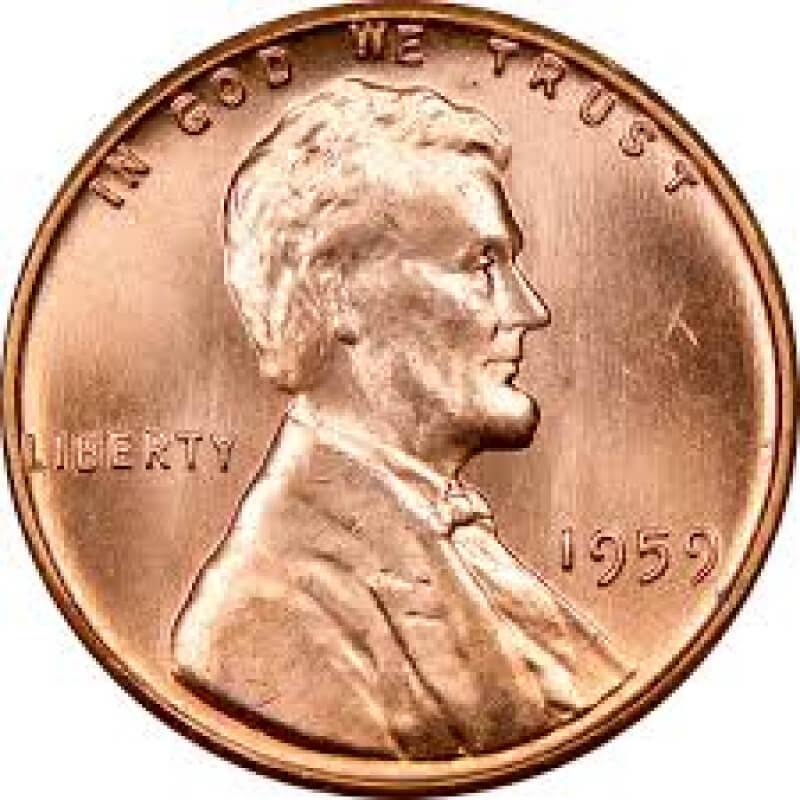 Today's feature is a bold prediction for the next 10 years of numismatics.
1. The death of the penny
Yes. The penny, much to my chagrin, is probably going to be cut in the next ten years. The price of one penny is 1.8 cents, amounting to about 8 billion in annual losses. Not looking good for the finance budget. The zinc and copper industry and numismatists are trying to keep the penny going, but honestly, the penny will die soon. That is why I am hoarding them in hopes their value will rise slightly.
2. The US Mint's over offering
After 2019's silver eagle fiasco and the announcement of the V75 eagles with crazy low mintage, I am sure that this will be a pattern with David Ryder for years to come. The US Mint is going to put out stuff no one wants or cares about.
3. NGC and PCGS's rise
Yes, they are already pretty profitable, and NGC saved itself from destruction by conforming itself to conform with Florida governor Ron DeSantis's essential/non-essential guidelines. Yet, the two companies are growing. More and more people mad with the US Mint's cheap storage, are turning to third party certification to protect and grade coins. Which leads me too...
4. The death of the art of grading
Yes, coin grading will still exist. But now, with NGC and PCGS grading coins like madmen, less and less people will learn how to grade as many people will depend on the certification companies to grade it for them, leading to less and less people learning how to grade.
5. The decline in popularity as a whole
As the world becomes more digital, kids like me (Yes, I'm a Youth Numismatist) are becoming more enticed by things like video games (I could care less about video games), leading to a decrease of new collectors. This will be a big issue the ANA will have to counter, in some shape or form.

So there you have it. The 5 bold predictions I made that will happen by 2030.

Yep Canada got rid of the penny. So there you go, it's got to be a bad idea Not everyone wants to pay for grading coins when it isn't that hard to learn to do. I'm one who would rather grade myself and perhaps get a great coin at a better price, but then people aren't as keen on critical thinking anymore. They would rather have it done for them. I don't mean to make it seem as a criticism of younger generations, it's a trend across, generations, relying way too much in technology. People are helpless when the machines for down or there is a glitch in the software. Can't work through the problems when it happens. Also people's attention spans are getting shorter. You need that to be fully engaged in Numismatics

I like where your thoughts are. While I concur with the demise of the One Cent from circulation, I find it very difficult to disappear all together since it's the number one collected series in U.S. coinage. On that end, I see it in sets only just as the Kennedy Half since 2002. Point number 4 on your list I will agree 100% as this has already begun. Finally, it's great to have young collectors put their thoughts out there as a way for us seasoned collectors to grasp the reality and direction numismatics is heading. Otherwise it's speculation based on how things were and have changed since we began collecting. It is up to us old guys to listen. Change is good.

Funny you mention the cent as I found that very interesting in visiting Canada where the cent disappeared a while back. You would think that prices then would be rounded to the nearest nickle, but no they still like using that .99 in the price and therefore you get shorted the change. Being old enough to have counted out my drawer I wonder how you can ever get your number figure right as you are never giving out correct change. Then again maybe it is that I am old and should have use my credit card, but that loose change make such a excellent and cheap, again sorry I am old, souvenir.

Very interesting predictions. But I sure hope the cents don't go away. Everything will round up.

I refuse to get involved with this conversation again. First of all its a cent. Not a penny. In England it's a penny. Every book calls them cents and they will be here long after I'm gone. The rest no one can predict the future of this hobby. That's for sure. If they can tell me how much is my collection worth. These are opiions. . No one knows if any of these will come true. Yes there will be changes. But there out of our hands. This must be my 65 comment on the cent. More copper in nickels we can get rid of them.. I'm sorry but I think I have been here the first blog was get rid of the cent you just don't snap your fingers and that's it. We're was the prediction of changing the ASE.? No one was that coming. Thanks for the blog . I will predict I will comment 66 times about the cent before the year is out. And Lonstrider is right By the way were 24 trillion in debt. What about changing that.

I agree with your thoughts expressed in 1, 2, and 5, I do not think that NGC and PCGS will continue to rise as they are already riding very high and if anything, your point 5 will lead to their gradual return to Earth. I also do not agree that grading will become a lost art as every avid collector (not counting bullion investors) has a passion for all things Numismatics, including learning how to Grade their raw coins.

I don't think the cent will be gone any time soon. People better learn how to grade.

Nice predictions ! I believe that having the youth excited about collecting is fine, but until they become working adults, their collecting ability is limited. Sure you want to give them the bug, but they may lose interest. The growth of the hobby is to go out and attract adults every way you can. I don't understand why more effort wasn't or isn't made toward adults? Think up ways to get adults interested in coin collecting and numismatics. I don't know about the future of the cent. We may keep on going with credit cards and electronic transactions. The mint may not have to make as many cents in the coming years causing new low mintage years? If we don't need that many cents, the mint won't lose that much money or be able to make them at a lower price? I believe the mint will do fine for a few more years. Yes, a lot of us don't care much about some of the product, but there is still a lot of non collector demand from people who want to purchase presents or a keepsake. They may not be true numismatists, but they buy the product for the grand kids and for themselves. They might not join a club or really collect anything else except mint products. Nice post.

Since 2006 the seigniorage rates for cents have been upside down; costs us more than one cent, to make a cent - we're losing money as we are literally making/coining money. That was 14 years ago; you'd think they'd have done away with the cent by now, but here we are - and probably will be for quite some time, as Longstrider stated. We did away with the half cent in the 1850's - one definitely has to wonder why we are still making a one cent coin over 160 years later, as well as a one-dollar banknote (but then that lobby in D.C. for Crane & Co. currency 'paper' is insanely strong; good luck doing away with that old Mass. institution!) We keep cranking out small golden dollars too, only to have them end up in vaults, and Ecuador where they actually use them as money - anyone know how much we'd save as US Taxpayers if we got rid of the 'paper' one dollar note, like other smart nations have done before us? The answer will shock and likely infuriate. -Sam Gelberd, ANA Numismatic Educator.

Agree on the dollar coin subject. Billions over the first five years alone. I myself have been an advocate for the replacement of the Federal Note since the mid-eighties voicing this to elected officials and the Treasury Department in as much time. As for the cent, despite a lack in buying power, our financial system breaks down transactions to the 1/8 of one cent (the decimal equivalent of currency). Sometimes further. While other countries have reformulated their financial sector to accommodate the move, we somehow will not. Whatever their reasoning it boggles the mind.

Well not bad. You are going to be wrong on the Cent!! The USA loves it. We loose more money on some of the other coins, I believe. The mint is terrible and will get worse. The hobby has been dying for as long as I can remember and we are still here. It seems the ANA is trying with the free eLessons. So we are OK for now. Thanks kid..