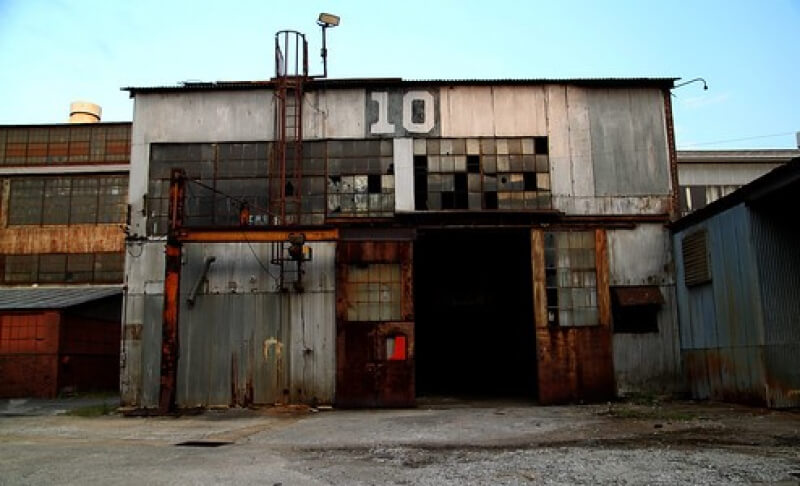 When I opened the container on this token for the first time in about 40 years, I initially thought it was one of the tokens my Dad left me.  Then a couple of months ago I was talking to an old friend from years past & he asked me if I still had the "Old Train Coin" & did I remember the day I found it.  Bells started ringing in my head.  You see in 1979 I was a busy feller, I was in college at Auburn University Montgomery, while working full time at a Cotton Mill & part time at a Stop & Rob (early southern Mom & Pop country store), all while trying to date a purdy gal.  Why is Youth wasted on the Young?  Lol!

Due to the upcoming NAFTA agreement cotton mills were closing left & right.  We had purchased the scales as a replacement for one that was broken, and I was sent with a work crew to Birmingham to salvage this scale.  These scales were huge & deeply placed in the floor, when we removed the scale spring assembly, I noticed something at the bottom corner of the pit.  It was this token of the 25th Anniversary of the Bessemer Pullman Sleeping Car, dated 1954. There is a deep cut in the reverse of the coin, the lines are perfectly straight and I have no doubt it was from the square spring pad that sat in that very corner.

I often wonder about the person who dropped & lost that coin,

Were they aware they dropped it?

Did it just slip out of a loose pocket and they never know?

The Cotton mill was only a mile or so from the Bessemer plant, did the owner get it from a friend and take it to work to show it off?

Because of its location in the corner under the spring pad, maintenance on the scales would not have revealed it, only complete removal exposed it to me that hot summer day way back in 1979.

I know it is silly, but I have often pondered on this, and would give almost any amount to know.

Late 1928, early 1929, saw the Tennessee Coal & Iron Railroad Company of Alabama, a subsidiary of The Chicksaw Shipbuilding & Car company purchased by Pullman-Standard.  Oddly enough some of the buildings & much of the machinery was moved to Bessemer Alabama to become a rambling site of almost 20 buildings, the site of the Pullman southern plant.  On 15 Jan 1929 the Pullman Car & Manufacturing Corp of Alabama was incorporated & became a wholly owned subsidiary of Pullman Inc.  The business was operated by Pullman Car & Manufacturing (Illinois) under a lease agreement.

Here they made rail cars, stock cars, Pullman Sleeper Cars & during WWII produced rail cars & shell casings for the war effort, as well as parts for the M3 Grant Tank, the tank parts were shipped to Illinois for assembly, then on to English Battlefields in North Africa, they even shipped rail car "Kits" to England & liberated countries during WWII.  After the War they produced Streetcars & Trolly Buses for sale to larger cities.  The Pullman Sleeping cars ceased production in 1969 due to the decline of train travel caused by the increase of Air & Car Travel.

I've not been back in over 35 years but the office used to be in the one Millionth rail car produced there.  During the early days the offices were in a large building, with metal shop buildings for manufacturing & transportation usage, as expected there was also a large rail storage area. This site was chosen primarily because it was the original site of the Bessemer Furnaces, & the Bessemer Rolling Mills which ran from approx. 1887 through the mid-1920s.  After all Birmingham is called the Iron City since it was founded on Iron & Steel production, think of a mini-Bethlehem Pa.

By January of 1930 they had built & delivered 600 box cars to National Railways of Mexico. The plant was sold in 1980 and closed in 1981.  Even to the early 2000s Trinity Industries continued to make & modify rail cars, but at a much-reduced tempo.  Like many depressed areas, most of the plant is closed & off-limits.  I do not believe any businesses are active on the site currently.

Due to space considerations, I will not go into the issue of the Labor Union associated with Pullman Cars & the Bessemer plant, however, it is great reading.  Many a young person, who because of race could not find a decent job did well here.  Wages paid for porters & other jobs were the equivalent of middle-class wages, an extremely rare situation in Birmingham or even most of the country during that time.

Thank you for allowing me to share this 25th Anniversary Token with you, it has revived many great memories.  Nuff Said!

My trips to and from the Closed Mill site near the Pullman Plant during the late 70s.

Thank you for sharing a great story and a great find!

Of all your blogs, this is by far my favorite. The perfect example of what a blog should be. Compressing the important relevant information due to length constraints in a manner leaving the reader to further research the subject. Yet by no stretch does that take away from the others.

Wow, how interesting! That's quite an amazing story, and I can see the dedication that was put into place with the research. Hope you had a great new year!

Thanks for the informative, well-researched blog.

Another great Stumpy blog. What a fantastic find. Great story. I have always wondered about the history of the Bessemer Public Access area here. It's where the King of the Hammers off road races are held. Have to have something to do with the steal. Those are some hot photos. I remember seeing a train convoy of tanks around the old Kelso Train station during Gulf War I. It's on the back road to Las Vegas. Thanks.

That is incredible interesting. We might not all find chests full of gold coins, but I think we all have a story similar, though definitely not as unique, as this one. Too bad the spring press didn't leave the commemorative untouched, but the history is still part of it.

Amazing! Ive never been into medals or other forms of exonumia, but I am beginning to see the appeal. Thanks for sharing! Cheers, NM

That's a great token. LOL! When I saw Bessemer on the token, I knew you wrote this without looking!

A very cool token and an even better backstory. Thanks for sharing your research, really enjoyed it.

Great story. And a nice token. It's part of history. I often wondered who handled my tokens. Civil at and Conder?. That keeps me going. The same with yours. I can only imagine that someone always carried it and lost it. I bet he was upset.. Very interesting and the pictures just make it better. Thanks for a great blog on a lost token!!One question Choctaw. Is that the Indian nation.? If it was I have a story for you!

Incredible. What a nice find so many years ago. I always think about who owned something before me. Think about what they were doing at the time they held the same medal or coin I now hold. Honor them and the past. Great story and memories. Thanks