One of the Greatest U.S. Gold Coin Collections Ever Assembled

The Harry W. Bass Collection was one of the most spectacular U.S. gold collections ever assembled. It was featured at the Money Museum for more than 20 years from 2001 through 2022.  Of paramount importance was a set of virtually all known die varieties of early U.S. gold coin denominations in the finest condition. Also included was the only complete collection of $3 gold pieces including the unique 1870-S; a complete collection of U.S. gold coin types from 1795 to 1933; and a spectacular grouping of rare U.S. pattern coins.

In 2000, the ANA was honored to have its museum selected by the Harry W. Bass Jr. Research Foundation as the perfect home for this incredible collection. After more than 20 years as a museum centerpiece, the Foundation decided to sell the collection in 2022 to support its core mission of helping non-profit organizations in the areas of youth and education with a focus on early childhood literacy. 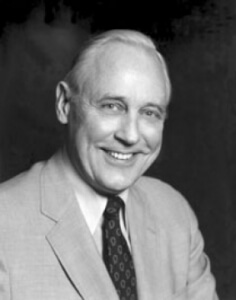 An active collector and quintessential philanthropist, Harry W. Bass, Jr. was a life member of the American Numismatic Association for more than 30 years. He was awarded the Medal of Merit in 1989 and was inducted into the Association's Numismatic Hall of Fame in 1998. Bass' interest in numismatics began in the mid-1960s.

Mr. Bass joined the ANA in 1966 and spent a year studying the subject before he actively began collecting. Soon after entering the field, he defined his goal – to collect United States – issue gold coins from 1795 to 1933 by date and mintmark, with special attention to die varieties of early U.S. gold.

The foundation seeks to enrich the lives of the citizens of Texas by providing support to qualified organizations in the areas of education, human services, civic and community, science and research, and arts and culture. 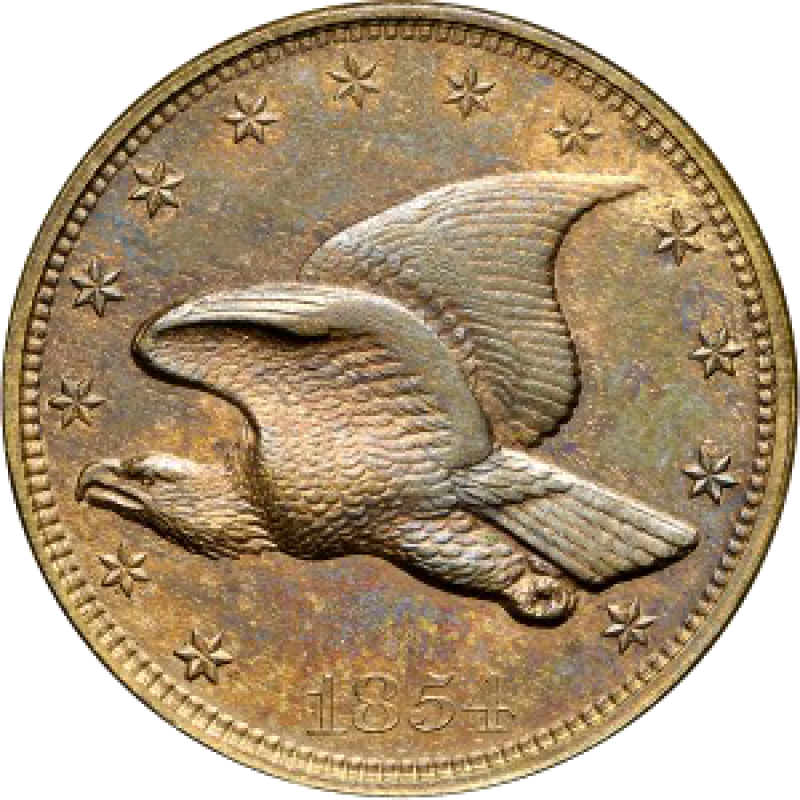 Pattern coins in the Bass Collection provided a chance to see what our money could have looked like in the 1800s and early 1900s. Pattern coins are prototypes of coins that the United States Mint considered, but in most cases decided against making. These coins showed where America was at artistically, economically, and politically during the 1800s.

Artistically, you can see what our money could have looked like had different pattern designs been chosen. The designs also provide a glimpse into what was considered important and beautiful during the time.

Economically, the coins reflect debates over the use of a gold versus silver standard, and the idea of creating a coinage system that would synchronize with foreign currency systems. 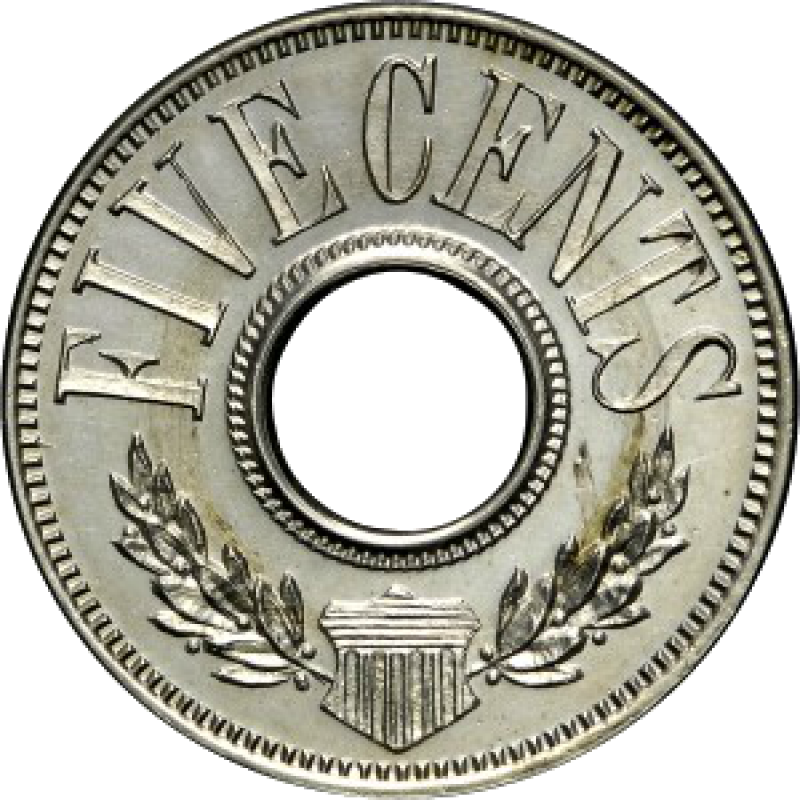 Politically, these coins show how controversial the idea was of putting the likeness of an actual person on a coin. While we’re used to seeing former presidents and other important people on our money, at the time this was seen by many as vulgar, king-like, and anti-democratic.

While George Washington would eventually make his way onto our money, when it was first proposed in the 1860s, the idea was met with much resistance since Washington was our first president, not King. Thus, the Mint decided to stick with Lady Liberty, and it wouldn’t be until 1909 that a former President, Abraham Lincoln, would be honored with a portrait on regular issue coinage

Explore the Digital Gallery (clicking the links below will take you to the Harry W. Bass, Jr. Foundation website)

With the passing of the Coinage Act of June 28, 1834, the authorized weight of gold coins was reduced. Because early gold pieces minted between 1795 and 1834 contain some of the rarest dates, many collectors choose to start their collections with Classic Head gold pieces of 1834.

The Harry Bass Type Set includes examples of these later issue gold coins, 1834-1933, by design types, in all six denominations of the period.  (Photograph by Douglas Plasencia) 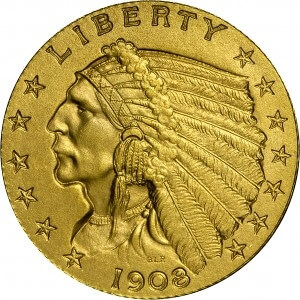 Any discussion of die states considers the specific condition of both the obverse and reverse dies when a given coin was struck. In nearly all cases, the actual dies no longer exist. Thus surviving coins provide the only evidence available today.

During use, the dies developed certain defects – or “characteristics” – including die cracks, die breaks, clash marks, die rust, and lapping or polishing lines. Occasionally, some of these defects occurred during the die manufacturing process (sometimes from internal metal stress), even before the first coins were struck. To the knowledgeable numismatist, such characteristics often enhance the value of a coin.  (Photograph by Douglas Plasencia) 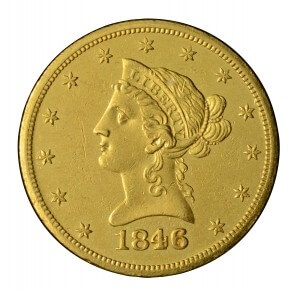 A die variety is any variation in the normal design of a given coin, usually caused by errors in the preparation or maintenance of the coin dies. Typical die varieties include doubled dies; repunched mintmarks and dates; variations in the placement or alignment of mintmarks, letters and numbers, devices, etc.; changes to the die surfaces from over-polishing or die clashes; and a number of other minor variations in the final strike of the coin.

One must be careful not to confuse die varieties with error coins, which have variations in their appearance as a result of the manufacturing process itself, such as off-center strikes, wrong planchet types, planchet preparation mistakes, etc.  (Photograph by Douglas Plasencia) 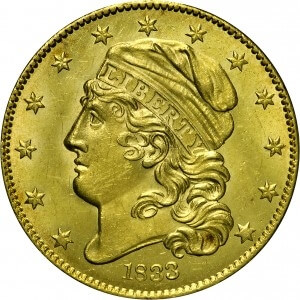 Harry Bass acquired at least one example of each date and mint of $3 gold coin from 1854-1889, and for some, duplicates illustrating different finishes or varieties.

The Core Collection consists of a complete run of proof coins from the first year of issue (1854) to the last (1889), plus circulation strikes of the branch mint issues.

This accomplishment is only feasible with the inclusion of the unique 1870-S $3 gold coin, which Harry Bass acquired at the historic Eliasberg Sale in 1982. Today this set stands as the ultimate in existence anywhere. (Photograph by Douglas Plasencia ) 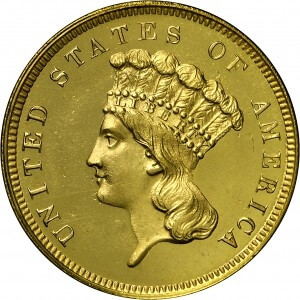 The field of patterns is so vast that Harry, like other collectors of the past, zeroed in on items that he found to be of special interest. He later determined that his favorite pieces were those associated with the year 1877, particularly the pattern half dollars which were made in a wide number of die varieties and combinations.

He also contemplated acquiring patterns and trial pieces in many other series, preferably in the metal in which related regular coins were issued. That is, for patterns of silver denominations, from the tiny three-cent piece to the large dollars and trade dollars, he sought impressions made in silver, paying less attention to off-metal strikes in such compositions as bronze or aluminum. For the gold denominations he sought impressions actually made in gold, although such pieces were scarcely ever available. (Photograph by Douglas Plasencia ) 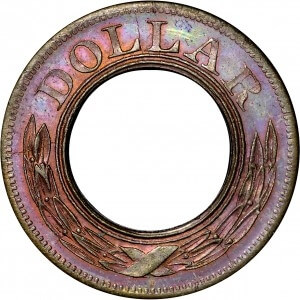